When it comes to coloured artworks, the artists require some material for colouring the artworks. There are various types of material available for colouring. One of the common materials is pigment. 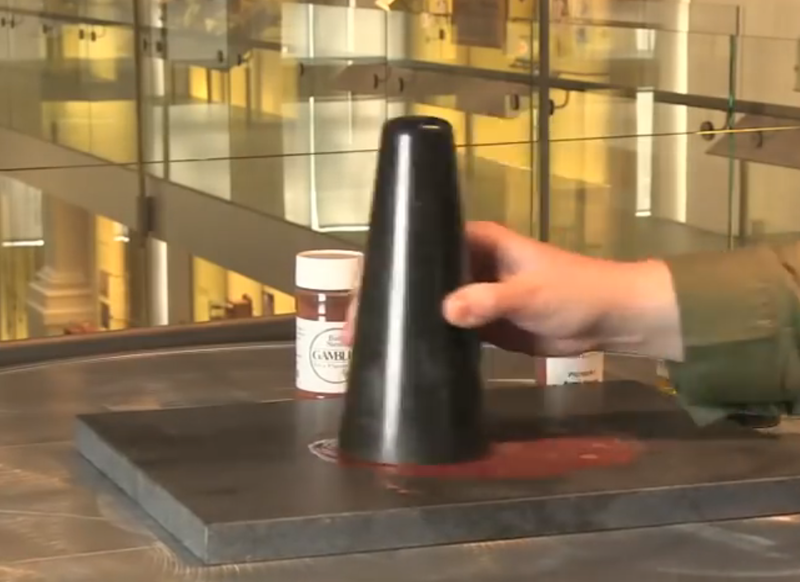 Preparation of pigment - grinding pigment with muller on granite slab

A pigment is mostly a dry colouring matter which is ground into a fine powder. This material can change the colour of reflected or transmitted light is called a pigment. This is due to the wavelength-selective absorption property of the pigment. This powder is then mixed with water, oil, or any other binder, which is relatively a colourless material to produce paints and similar products.

Difference between Dyes and Pigments:

Mankind has been using minerals for colouring since prehistoric times. The primitive man started using paints for decorating the body. Pieces of evidence have been found in caves regarding use of pigments and paint grinding equipment. These items are believed to be between 350,000 and 400,000 years old.

These days most organic pigments are synthesized from aromatic hydrocarbons. These are compounds benzene as the main compound where 6 carbon atoms are attached to 6 hydrogen atoms in the form of a closed ring. Organic pigments include azo, which contain a nitrogen group; and is mostly used as organic red, orange, and yellow pigments. Copper phthalocyanines provide brilliant, strong blues and greens that are unusually colourfast for organic colours. Some pigments, such as fluorescent ones, are simply dyes that have been rendered insoluble by chemical reactions.

How do pigments work?

The same principle is valid for pigments as well. The colour of a pigment is also determined by the wavelength of the visible spectrum that it absorbs and reflects. Like all materials, the colour of pigments arises because they absorb only certain wavelengths of the visible light (VIBGYOR). The bonding properties of the material determine the wavelength and efficiency of light absorption. Light of other wavelengths is reflected or scattered. The reflected light spectrum defines the colour of that pigment.

The colour of pigments is sensitive to the source of light. For example, the solar light is fairly uniform in the spectrum and also has a high colour temperature. So, the pigment shows its true colour. All other artificial light sources have less uniformity. Hence, the pigment dies not to show its true colour.

Other properties of a colour, such as its saturation or lightness, may be determined by the other substances that accompany pigments. Binders and fillers can affect the colour.

The colour of pigments is given certain numerical codes to specify its light source. Unless specifically noted and mentioned, the lac colour numerical code is mentioned as D65 light source, or "Daylight 6500 K", which is roughly the colour temperature of sunlight.