Here’s a question. How many of you believe that if your food looks good then it’ll taste good too? Well psychologically, it’s this very idea that’s keeping a lot of commercial food chains and Fine Dining restaurants afloat. People will pay through their nose just to eat artfully presented food. Some artists like to push the boundaries of Food and Art a little bit more to create wonderfully delectable Food Art.

Feast your eyes on this amazing collection of Food! Or is it Art? You decide.

Who could have thought that Michelangelo’s masterpiece would be recreated on a Banana! multimedia artist Phil Hansen has written a book called Tattoo A Banana where he encourages people to create, re-imagine, and make something out of (almost) nothing. 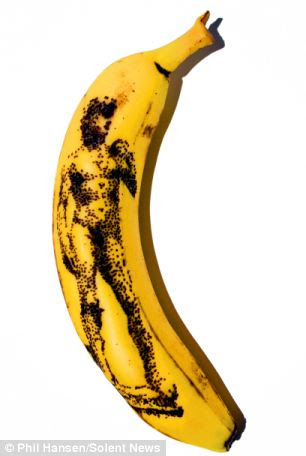 Michelangelo’s Creation of Adam tattooed on a Banana, Phil Hansen.

A stalk of broccoli becomes a tree house with wooden popsicle stick planks for climbing up the broccoli trunk.

Finally a shark which YOU can eat! A cucumber cut into the shape of a Shark 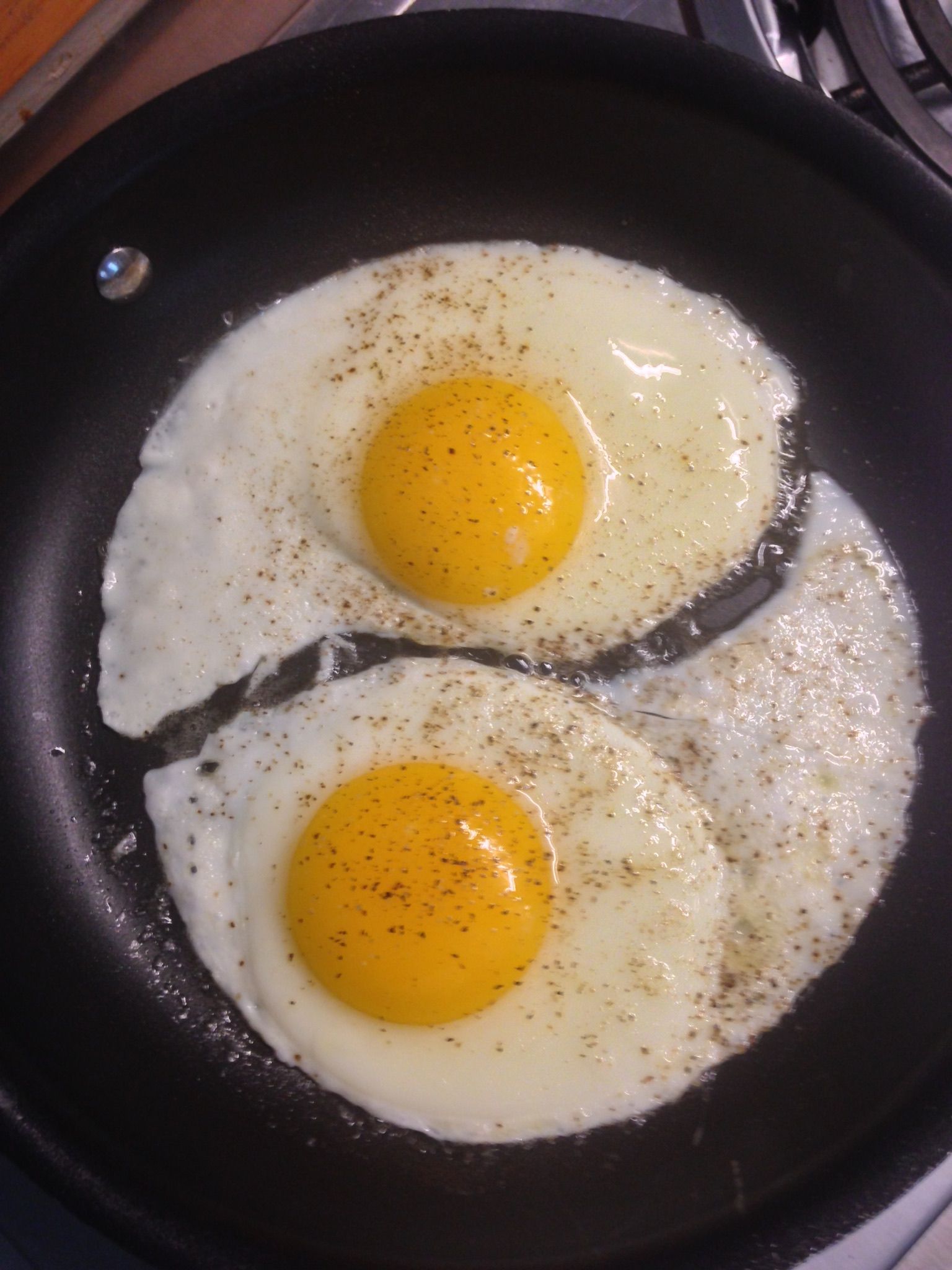 A Yin and Yang ‘Sunny Side up’.

From hobby to artwork – American artist Alan Sailer uses a homebuilt air-gap flash to take photos of exploding food. He uses PVC or a copper cannon to launch pellets and marbles at his subjects. 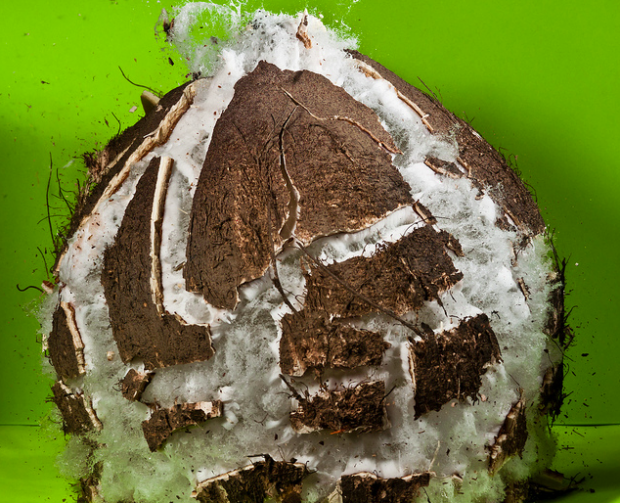 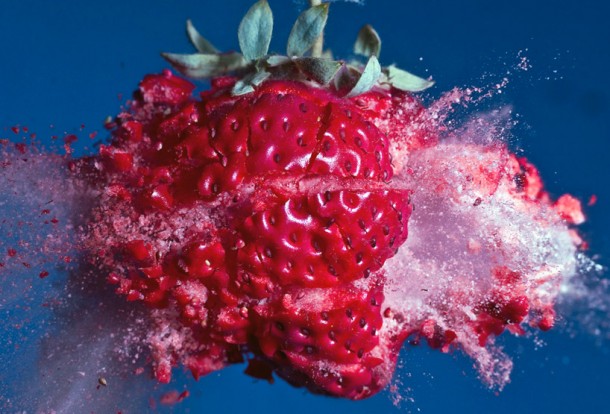 Voyage to the Planet of Frozen Strawberries’, Picture courtesy - Reddit

What would happen if it was the end of the world….for avocados… 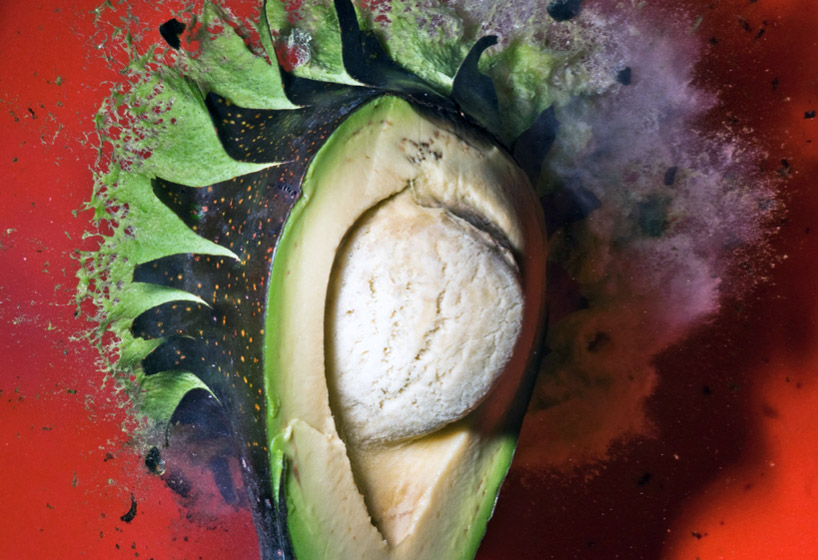 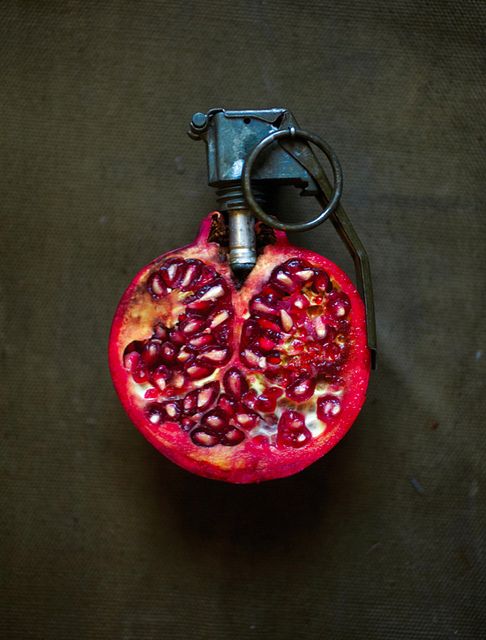 Cross section of a Pomegranate grenade made by Sarah Illenberger. 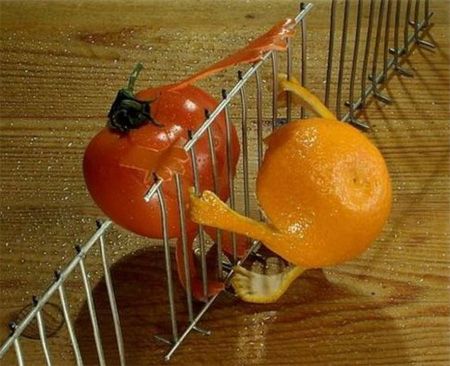 Tamás Balla also specialises in Food art made from different shapes of Breads. 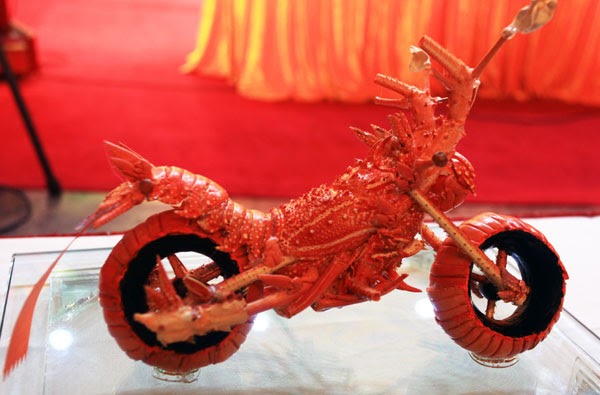 A motorcyle made out of lobsters! Now that’s something you don’t get to see or eat everyday!