Artsome selects five artists whose choice of mediums will make you crinkle your nose in disgust.

1. Chinese Sculptor Zhu Cheng made a replica of the famous Greek statue Venus de milo with what is supposedly panda excrement. He took the help of elementary school students for this Art Project. As if the medium wasn’t strange enough, it was bought by a Swiss collector for a whopping 300,000 Yuan! 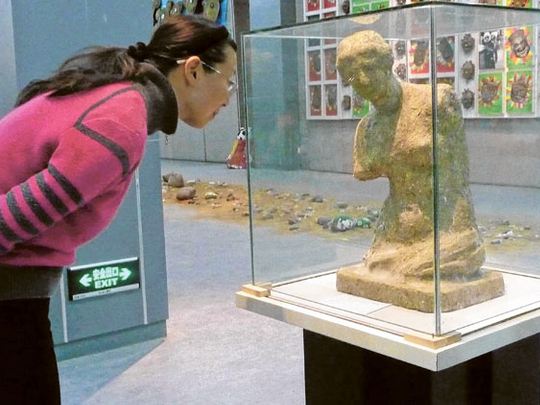 2. The 2009 Turner Prize winner Roger Hiorns made an artwork in the same year with a large pile of dust, shading black to pale grey, spread out across the gallery floor at Tate Britain. The dust came from the powdered remains of a passenger jet engine. On the walls on either side Hiorns put up sculptures made from plastinated bovine brain matter. 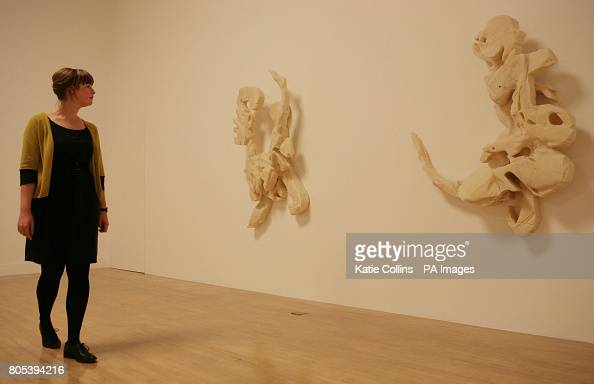 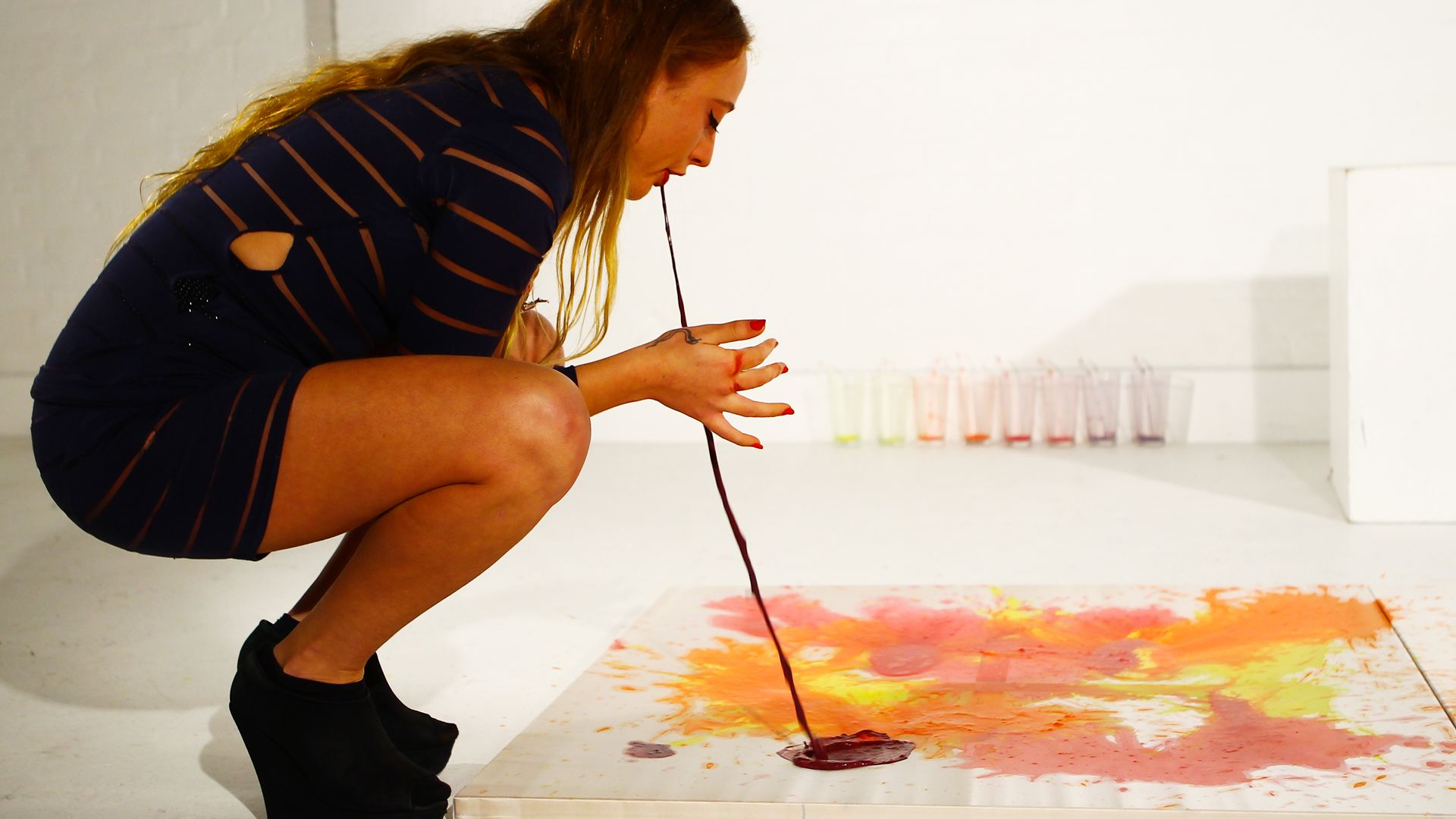 4. Chris Trueman, an artist from Claremont California recreated a childhood photograph with 200,000 ants! It took the artist several years to finish the project because he had an attack of conscience after he started it. The finished work was sold for a staggering 23,000 dollars and eventually came to be bought by the American Franchise Ripley’s Believe it or Not. 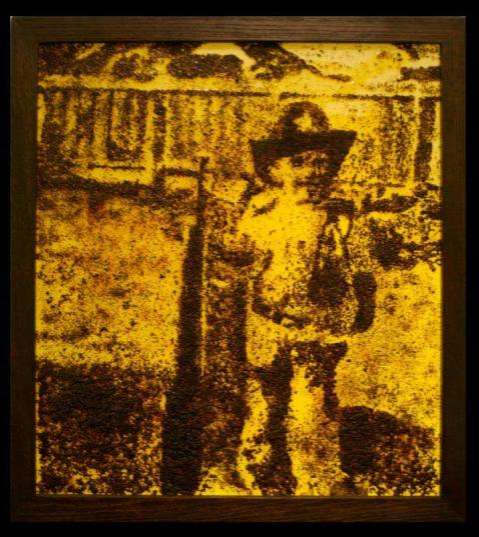 5. Jamie Mccartney, an English artist made a 9 metre long polyptych consisting of four hundred plaster casts of vulvas, all of them unique. The age range of the women was from 18 to 76, Including mothers and daughters, identical twins, transgendered men and women and so on. According to Jamie, his art has a strong social conscience and he wants to prove to people that no subject is taboo when it comes to art. 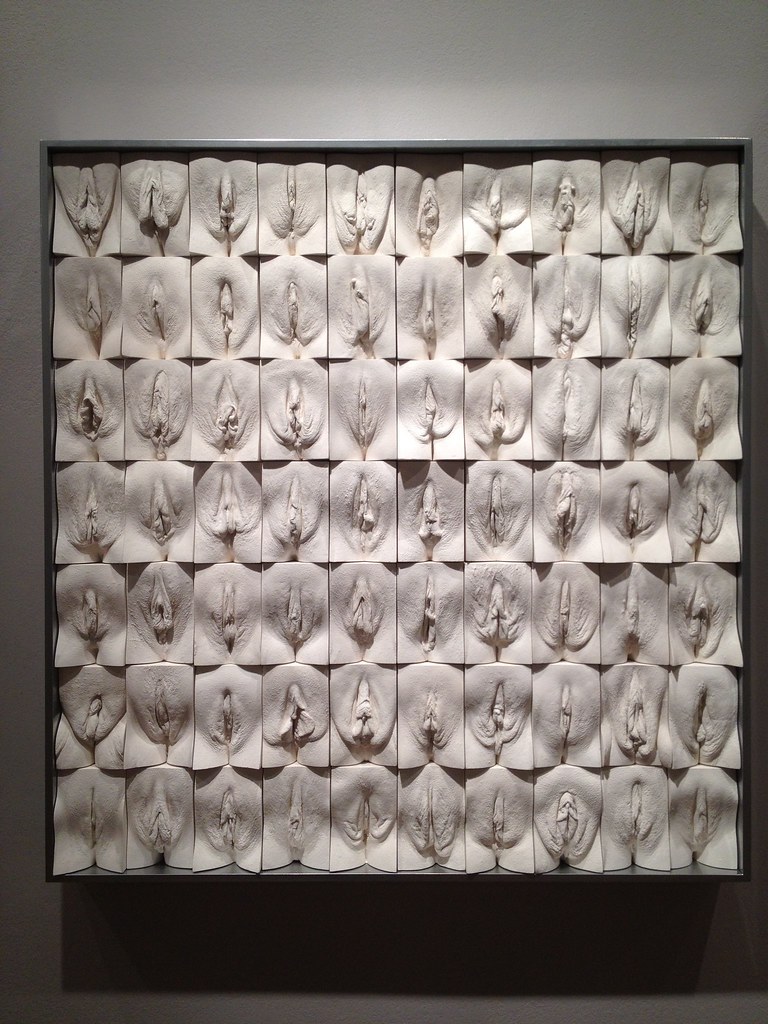 Jamie Mccartney, Great Wall of Vagina, completed in 2011 after 5 years in the making, 400 plaster casts of vulvas, 10 panels, 9 metres long.